I have received calls this week from those watching the 2016 Rio Olympics. What are those circular marks on Michael Phelps and other athletes? Those marks that look like bruising are caused by cupping, an ancient form of alternative medicine that has been used and found very effective for over twenty-five hundred years.

The earliest form of cupping can be found in Ebers Papyrus, one of the oldest medical textbooks. In it, the Egyptians in 1550 BC are described using cupping therapy. Hollowed out animal horns were the tools used during treatment. The Greeks were introduced to cupping by the Egyptians. Hippocrates used cupping to address any type of disease. The earliest recorded Oriental use of cupping can be found in the journals of Zhichuan (Ge Hong). Zhichuan was an official during the Jin Dynasty around the turn of the 4th century. He was an alchemist whose focus was on longevity.

Techniques such as dry, wet, and cupping in conjunction with acupuncture (needle cupping) are used to promote positive health, pain relief, relaxation, digestive restoration, and other common ailments. Cupping therapy is effective in treating anyone over the age of six to the elderly. An example of successful cupping in children would be addressing asthma. There are always precautions as in treating a child under the age of six and someone elderly with thinning skin.

Tiny cups are used as suction cups made of glass, silicone, and pottery, a considerable evolution from animal horns and bamboo, to create blood flow to the muscles in a particular area. The cups are lined with alcohol or herbs and lit with a flame. The fire extinguishes when placed on the skin causing a vacuum, separating the skin from the muscle. The blood vessels expand and cause blood flow to that region. The cups can remain stationery or the therapist can move them, depending on the need of the individual. According to symptomatic behavior, 3 – 7 cups are placed for approximately 3 – 10 minutes.

“Does it hurt” always seems to be the most asked question. People respond differently, as with any therapy. The overall response of the people I have worked with has been extremely positive and favorable. A course of treatment varies from individual and symptoms. An example of treatment would be a course of everyday for 10 days and 1 week off or a course of 1 time per week for a suggested amount of time depending on symptoms.

One of my regular clients, Wendy, has been receiving cupping for about 10 years. She shared with me the reason she enjoys the cupping is her shoulders and neck loosen up after treatment and she has better mobility. She also doesn’t take as much medication as she once did and doesn’t have to take it as often. At first, Wendy came once a week for cupping and now she receives it once a month with her regular acupuncture treatment.

Robin first received acupuncture in Vietnam during the late 1970s. She has used cupping to treat her cold and allergies, as well as, a pain reliever. As an alternative treatment method, cupping has always been essential in her maintaining a healthy lifestyle.

Cupping can be used as a stand alone therapy or in conjunction with acupuncture. If there are any questions I can answer, feel free to call Four Seasons Wellness and Acupuncture. 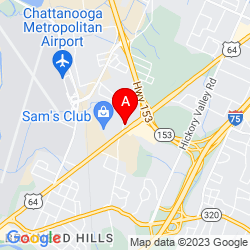